The Ghost Of Ronald Reagan

Posted on October 18, 2021 by dave@cunixinsurance.com 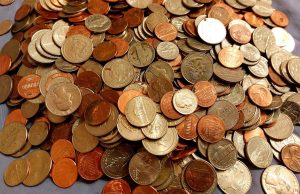 Can Always Spot A Shill

We are about to enter Open Enrollment season.  There are lots of commercials on television hawking plans for those of you under age 65 elbowing their way between the ads from washed up athletes and C List celebrities.  And don’t forget all of the smiling, happy people having fun while the voice-over describes the dangerous side effects of the newest medications.  Now is the time to remember that the focus of our organized health care system isn’t health.  This is a payment system structured to compensate medical providers and, to a slightly lesser degree, help fund political campaigns.  That isn’t a good thing nor necessarily a bad thing.  It just is.

There was a time, not so long ago, when Americans retired from their jobs, said good-bye to their work provided group health policy, and hoped to either have the resources to cover their final medical expenses or to die cheaply and quickly.  A lingering illness could lead to financial devastation.  Bills were introduced in Congress to address this issue.  Opponents claimed that providing for the elderly would inevitably lead us to Socialism.

The most vocal opponent in the late 1950’s early 1960’s was the American Medical Association.  The organization and the doctors it represented were worried that a national program to provide insurance to senior citizens might limit their income potential.  And to a point, they were right.  So in 1961 they hired an actor, one with political aspirations, to record a presentation for the association’s Operation Coffee Cup.  Here is the full recording.  Even with all of the self-deprecating humor and the scary imagery, the American public could spot a paid shill and ignored Ronald Reagan.  It only took four more years.  We got Medicare on July 30, 1965.

We intuitively understand the difference between advocacy and exaggeration.  Many organizations believe that whatever is best for them is also the best for you.  Just ask them.  In 2021 an industry group can always rely on a friendly think tank, the compliant evening talk show host, or, if necessary, a recently formed consumer group to promote their interests.  Throw enough money in the right direction and you can find a group of hogs promoting the benefits of bacon.

That squeal you’re hearing on television is from Big Pharma.  Trudy Lieberman recently wrote for the USC Annenberg Center for Health Journalism:

Pharma and ideologically allied groups are also promoting the message that drug negotiations are bad public policy. Between July and early October, 10 groups opposing such negotiations, including the trade group PhRMA, have will have spent at least $23.7 million mostly in TV advertising to promote its message that drug negotiations are bad for patients. The 60 Plus Association, an organization claiming to represent seniors, ran an ad on broadcast and cable channels “I’m Sorry They Just Said No,” telling viewers Pelosi and Schumer want to cut their benefits. The American Action Network spent about $5 million also on broadcast and cable outlets warning viewers about Pelosi’s “Socialist Drug Takeover Plan.”

The American public isn’t buying it anymore now than they did in 1961.  A recent poll by the Kaiser Family Foundation found that most Americans want the federal government to negotiate drug prices. Even after being presented arguments from both sides on this issue, the results were:

favored government involvement.  Whether this means the end of the “noninterference clause”, the passage of one of the bills currently pending in the Senate, or some new legislation has yet to be determined.  What is clear is that the American people, the ones paying for the medications, know that the time has come for action.

You will see a lot of commercials on television and the pharmaceutical industry is shoveling cash to elected officials at a record rate.  And there will be a lot of squealing about Socialism.  Just remember what Ronnie would have said. “There you go again”.