Posted on February 2, 2019 by dave@cunixinsurance.com 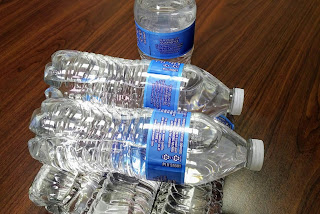 Ten days in the desert. Dry. Dirty. Thirsty. Very, very thirsty. And there, on a make-shift table, is a pitcher containing a liquid. Some people would simply drink the liquid, no questions asked. Some people might first try to make sure that the liquid was OK, perhaps not great but better than nothing. And some of us would hold out for a clear assurance that the contents of the pitcher was perfectly safe. There is a liquid in the pitcher. What we need is water.

UnitedHealth Care lost again. The recent decision from the California Supreme Court reaffirms the finding from the California Insurance Commissioner that UHC had failed its customers and should pay fines totaling $91.000.000. When Americans complain about our current health care system in general, and the insurance companies in particular, it is instances like this that trigger these feelings. There are times when our system must feel like a desert and any liquid would do.

The 2020 election season has opened with health care as a main focus. Several candidates have been quoted as supporting Bernie Sanders’ Medicare for All plan. Though it is early and Senator Kamala Harris might eventually offer a refined, personal version that differs from Senator Cory Booker’s plan, the basics may be the same. Our Senator, Sherrod Brown, co-sponsored the Medicare at 55 Act in 2017 and is still a big proponent of the concept. Since there may be as many as 30 Democrats running, we are likely to see a number of variations on this theme.

The one thing Democrats, whether there are 20, 25, or even 30 candidates, won’t do – run on the status quo. The Democrats have defended the Patient Protection and Affordable Care Act (Obamacare), basically a Republican plan, for ten years. Their base was always focused on something more grandiose, universal coverage. Even my parody of their planning, a post I wrote in October 2009, reflected the results of a Medicare for All type program not Obamacare. The Dems will expand the conversation in 2020. Some of the programs may not be realistic or achievable, but they will have goals beyond a mere fix for Obamacare.

First, Medicare is not a generic term. The word actually means something. There are four distinct Medicare Parts:

Click here for a more complete description of Medicare coverages. Medicare is not free and it is not 100% coverage.

The 2019 Medicare Part A deductible is $1,364. Part B is $185. Medicare is designed to pay approximately 75% of someone’s medical bills. Medicare beneficiaries have the opportunity to purchase Medicare Supplement policies, Medicare Part D (Rx) coverage, or Medicare Advantage policies to improve the affordability of health care.

Some plans build on the current Medicare foundation. Some just like the sound of the word “Medicare”.

Senate Bill 1742, Senator Brown’s Medicare at 55 Act, was incredibly straightforward. There is no attempt to change the basic structure of Medicare. There are even provisions for the purchase of Medigap (the federal term for Medicare Supplement policies), Part D and Medicare Advantage policies. We don’t know how much someone would need to pay to access Medicare Part A and Part B, the premiums for a Medicare Supplement and a Part D (Rx), and if after all of that it would be any better than a regular individual policy. It would depend, in part, on where you lived and the cost of care in your area.

Jacob Hacker is the Director of the Institution for Social and Policy Studies at Yale University. His program is Medicare for America. Professor Hacker builds on the Medicare model to create a plan that is both ambitious and aware of the costs associated with its implementation. The plan assumes both premiums as well as out-of-pocket expenses for care. This plan may be harder to sell but easier to enact. I think that we will see some versions of Medicare for America on the campaign trail this summer.

Senator Bernie Sanders has stated, “Health care must be recognized as a right, not a privilege for every man, woman and child in our country regardless of their income. The only long-term solution to America’s health care crisis is a single-payer national health care program”. According to his Medicare for All website, “As a patient, all you need to do is go to the doctor and show your insurance card. Bernie’s plan means no more copays, no more deductibles and no more fighting with insurance companies when they fail to pay for charges.” That is not Medicare. No deductible. No copays. No networks. No cost for utilization. And, no chance for success.

Senator Sanders and his team estimate that his plan will only cost @11 percent of GDP. Most other estimates are significantly higher. The Senator envisions an increase of the federal tax rate to as high as 52% on some Americans as well as changing the way capital gains and dividends are taxed as a way to defray the cost of his plan. While some focus on the funding mechanism, others are looking at the impact on hospitals and other medical providers. The Sanders plan may pay as much as 40% less than private insurers. Proponents point to the reduced paperwork and processing charges as if new forms and procedures won’t replace the ones we already know.

Bernie Sanders may have been a mirage in 2016, but Senators Harris, Booker, Brown, and a cast of others are running to be the real thing, the president of the United States. It is time for them to give us some water.

2 Responses to We Need Water