What If You, G-d Forbid, Use Your G-d Forbid Insurance?

Posted on April 23, 2019 by dave@cunixinsurance.com 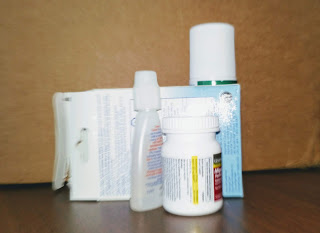 The guy on the phone (a CPA!) wanted my opinion about a health insurance policy.  I’m not his agent and I wasn’t the first agent he called after buying this policy Friday from an out-of-state salesperson.  Steve (name changed) was looking for someone to congratulate him.  He had just beat the system!  Steve cut his family’s monthly premium in half to $700 and change.  So what if his new policy didn’t cover maternity?  He and his wife are long past that issue.  Steve insisted that I look over the benefits and quickly emailed the four pages.  Here are a few of the highlights:

Steve called, moments later, anticipating applause.  When I pointed out that $1,000 didn’t come close to the cost of a day in the hospital or the fees of a surgeon, Steve let me know that he didn’t plan on going to the hospital.  My response?  Steve, “if you’re not going to get sick or have an accident, you should save the $700 you’re giving them”.

Steve is an extreme example, but if a level-headed CPA could make this mistake, than we can all be overtaken by a moment of greed and foolishness.  There are lots of catastrophic health policies on the market.  The Trump administration has been trying to increase these options under the guise of “choice”.  Some of these G-d Forbid policies are indemnity contracts better suited to supplement comprehensive major medical policies.  Some catastrophic policies are short term major medical contracts with reasonable benefits for the treatment of accidents or illnesses that are“new, big, and different”.  But short term policies are purchased for a particular number of days and ask health questions at the time of purchase.  Filing a claim may prevent you from buying another policy.
Short term policies were designed to bridge the gap people encountered between group policies.  If your new employer had a three month waiting period, you could purchase a short term plan to cover you until your new group coverage started.  The plans utilize simplified underwriting, don’t cover preexisting conditions, max out at up to $2,000,000, and tend to exclude certain conditions.  Some companies offer more comprehensive contracts.  Some companies’ plans are more limited.  At some point, 10 – 15 years ago, these policies became a popular option for Americans who either didn’t qualify for a major medical policy or were searching for lower premiums.
My clients have used their short term policies to cover emergency appendectomies, gallbladder surgeries, and broken legs.
Emergency appendectomies are great claims.  The incident is obviously new.  The claim is big. And, in most instances, this has a beginning, a middle, and an end.  There would be no problem qualifying for a new short term policy when the current one ends.  Not everyone is so lucky.  Many conditions take weeks or months to resolve.  Some, such as cancer, may result in expensive treatments for five years or more.  Once that original short term ends, who is going to take you?
If your diagnosis occurs near November, and we still have Obamacare, you can jump into a regular policy during Open Enrollment.  If your diagnosis occurs in February, you better hope you short term lasts awhile.
Health insurance is the way Americans access and pay for health care.  Not having insurance is awful.  Even worse is paying money for a policy like Steve’s.  G-d Forbid.
DAVE
www.cunixinsurance.com